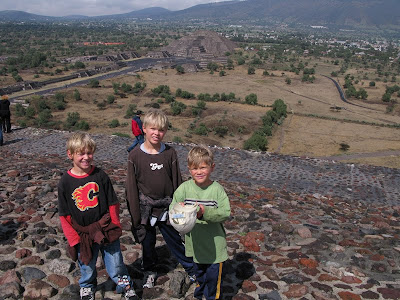 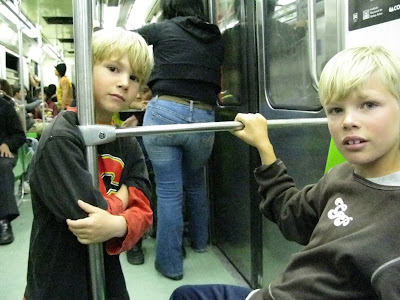 underground in the subways, Mexico City at 22 million inhabitants is truly accessible - if you can do stairs! 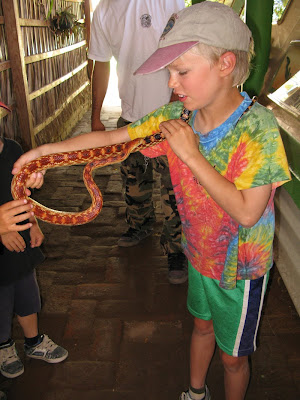 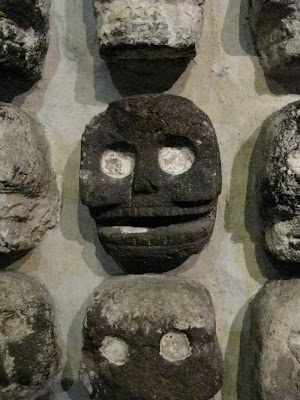 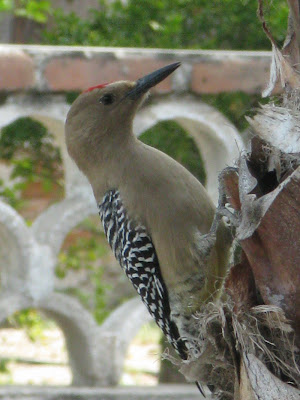 a woodpecker outside the window at Rancho Viejo, while waiting to meet Brian in La Paz 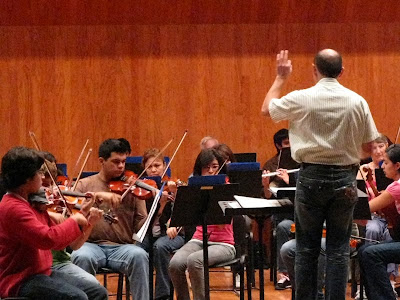 Sampson's journal reads:
Jan. 26 Today we woke up and had oatmeal for breakfast. Later we went paddle boarding on calm waves and later on big ones. The paddle board had a window that we could see sea urchins and puffer fish and I saw one star fish. Later we had sandwiches and apples for lunch. After lunch we did some paddle boarding and Dad tried to find a place to stay in Mexico City (We're flying there and then biking up.) We had fish and shrimp and vegetables for dinner.
Jan. 27 Today we woke up and Dad and Kenny made oatmeal pancakes for breakfast. After breakfast we packed up and said goodbye to Kenny and Joe. Then we rode up the high mountain and had lunch at the top of the hill. Then we went down, down, down, down to La Paz and then we went to the Serpentario and I bought a wood snake.

Markos' journal reads:
Jan. 29 Today we had fried eggs and bakeries for breakfast. After breakfast we went on a walk and got some boxes and some packing tape for Dad. Then we got the laundry done. When we got home Dad made some boxes to put the tandem bikes in and we left the tagalong aside to roll up to the airport.
Feb. 1 Today Mom and I went to get some bakeries for breakfast because it was Lanier's birthday. (Happy Birthday!) After we had breakfast we got on a metro train and after the metro we got on a bus for an hour and we got to the temples and we went to the tallest one there.

Tarn's journal reads:
Today we will ride to go see Joe. Lanier will ride with us.
We found a puffer fish. The hot tub was burning.
I want to take off my water bottle holder.

Tanya's recipe for super quick fish soup.
Chop and brown a bit of garlic. Add pieces of fresh yellow tail, brown in one or two minutes and toss a bunch of bite-size broccoli. Pour in a bit of orange juice, steam two or three minutes. Turn off heat and stir in a chopped tomato. Serve immediately. Yum!

We've played house in La Paz, BCS for a week, cycled a steep hill to La Ventana to play with Joe and climbed that steep hill back to build some boxes, take a flight, enjoy the art and life of Mexico City and we're ready to ride off into adventure tomorrow. Our friend Lanier has joined us on the road for three weeks. - It's super to have him travel with us.

Posted by Tanya, Rick, Sampson, Markos and Tarn at 7:48 PM