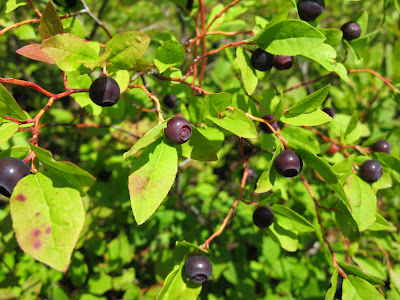 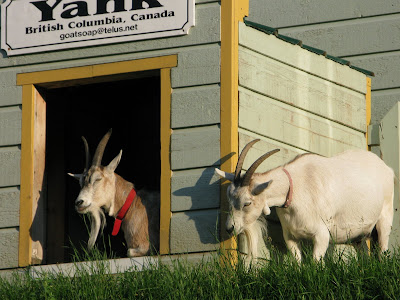 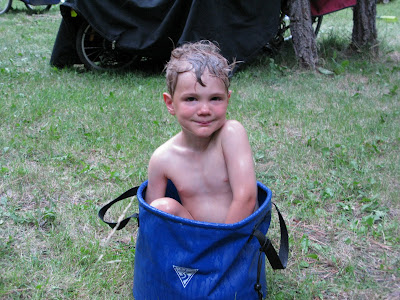 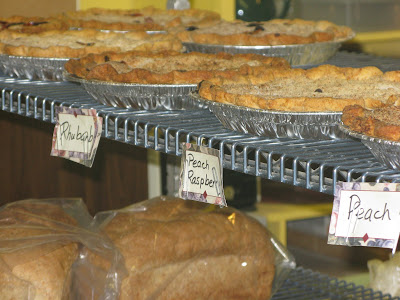 1000 Kilometers of road from Calgary

We sit in a cool library in Republic, Washington. Not exactly on the route we thought we'd take. However, a series of events has led us in this direction and route changes will likely be common place in our year ahead. In Wasa Lake our friend Wayne encouraged us to journey to Grand Forks, British Columbia to meet his soul mate Carin. He would join us on the road and bike the four days it would take to journey from Sand Pointe, Idaho to Carin's farmstead near Grand Forks. Scenery was beautiful, camping excellent, but the weather remained a heat wave. We were pulling long days, over five hours on the bike each day. By the time we got to Carin's farm we were in dire need of a couple days off. Thoughts of ocean breezes swept our way and charted our next two weeks - we'll head for Seattle. Several friends live there and we've never explored the Northwest Coast of the United States. Sounds cooler to me!

from Tanya, a poem

The heat of the sun the pavement absorbs
The air rising up can not be ignored.
A steady pace has been kept - for over two weeks
The heat wave has swept.

We'll head to the ocean - its breezes we seek
Seattle we're bound - in about two weeks.

So ride in the morning, rise before dawn
"India style" we call it, we've know that song.

Today I woke up and had waffles for breakfast. Then we picked huckleberries on a hike. After we did that we went back to Jan and Paula’s to show mom how much we had found (she stayed home). Then we went to lunch at a Mexican place. After lunch we went to the shoe store to find some water shoes. I didn’t like any of the styles but Markos and Tarn did. Then we biked to the city beach and went swimming. After that we went back to Jan and Paula’s house and watched Sponge Bob Square Pants the movie. After that we had spaghetti for dinner. Then we went to bed. We had a day off today.

from Markos' journal July 29
I saw four deer today. I want to go on a boat ride and go fishing too.

I like my ice cream. After I went to the ice cream shop I went to Carin and Nakca’s house. I like picking raspberries at Carin’s house and I picked some peas to eat. And mom made me a necklace that has a heart on it. It was too short so mom made me a longer one. She made me a heart on the longer string.

1 C Half and Half

Place berries in prepared pie crust. Mix dry ingredients and half and half and pour over berries. Bake in oven at 400 degrees for 40 minutes. Serve with vanilla ice cream.