Blown by the Northerlies up Texas 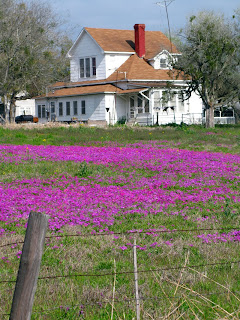 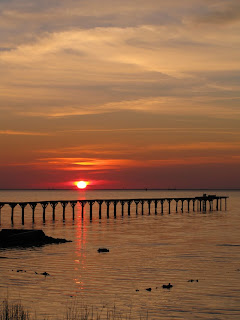 Sunrise along a bay of the gulf coast, Bayside, Texas. 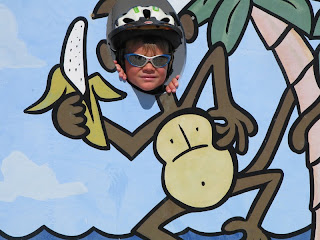 Tarn, the monkey, is typically found in trees. He found this disguise on Padre Island, Texas. 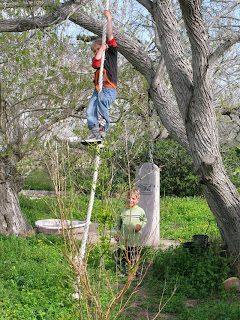 Markos demonstrates that not only are his legs strong, but his arms too. 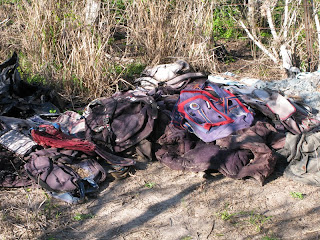 A pile of day packs left behind by illegal immigrants traveling north from Mexico. They follow the oil pipeline that traverses Keith's land, Riviera, TX.


Sampson's journal:
Feb. 27 (Riviera, TX) Today we woke up and mom made french toast for breakfast. While she was doing that I squashed some oranges into orange juice. Later we had breakfast. After breakfast we had a tour around Keith's land and learned what he was doing with it. Later we dug some holes and did morning work. We found one egg in the chicken coop. Keith had thirteen dogs and two of them are really fat because they eat a lot. Later we had soup for lunch with crackers, it was mostly vegetables and carrots. After lunch we had quiet time. I did my journal and drew some in my book for quiet time. After quiet time we made hamburgers for dinner. We are staying with a Warm Showers guy but he was asleep most of the day because he worked all night. Today dad fixed the tent poles. We might watch Santa Buddies tonight. It just came out and is brand new. There is a cold front coming in tomorrow so if it's really rainy tomorrow we will stay here at Keith's house.