Mississippi, Alabama and Tennessee, Ain't No Place I'd Rather Be 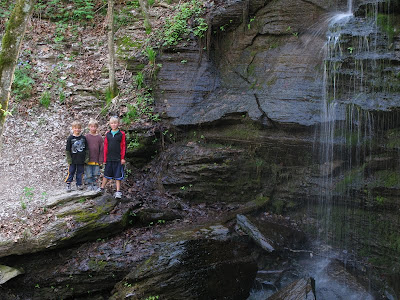 As we entered Tennessee, waterways flowed over rocks and formed cool pools, quite a contrast to the sloughs further south in Mississippi. 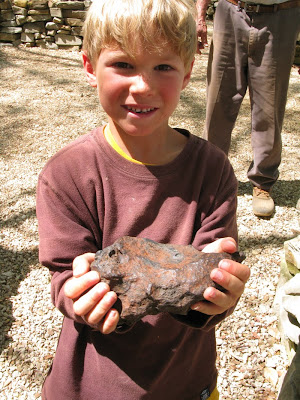 Markos holds a meteorite, one of the hundreds of thousands of individual stones in Tom's Wall, a monument to women, honoring his great, great, great grandmother and her journey on the "Trail of Tears" and return to her former home. The Indian removal from areas east of the Mississippi River to the "Indian Nations" area west of the Mississippi occurred in the 1830's. 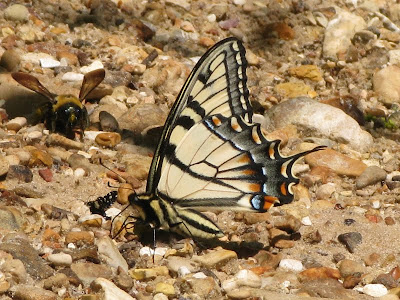 Birds, bees and butterflies, quite a few topics of conversation as you travel along by tandem bicycle. 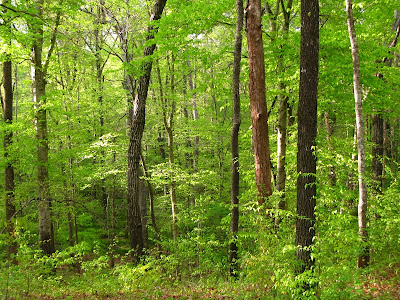 The diverse hardwood forest of Mississippi and Tennessee. 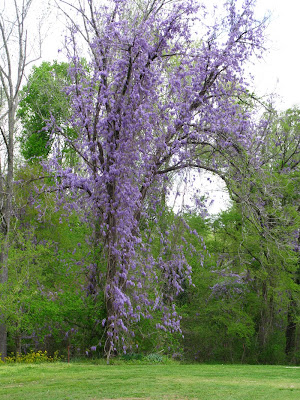 Wisteria vines take over the skeleton of this giant roadside tree. 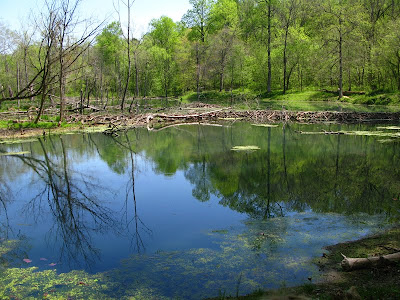 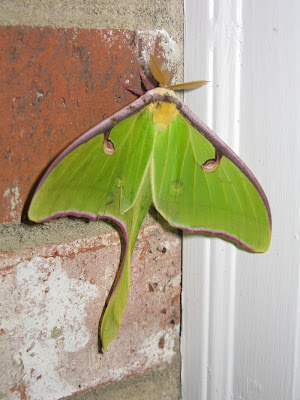 A Lunar Moth pays a visit to the Holdiness household, a cool sighting on a warm evening! 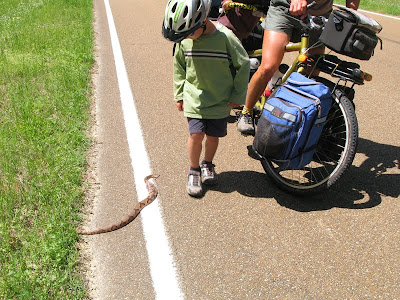 No worries, this one is dead. My first up close viewing of a Copperhead!

444 miles of beauty, wildlife and history. Wonderful people and an amazing National Park. The Natchez Trace Parkway gets a solid four stars for bike tour-ability!

Sampson's journal:
April 9 Tupelo Visitor Centre Bike Campground - Today we woke up and I read a chapter from Narnia and did my math in the tent. Later I got out and Dad was making coffee and muesli for breakfast. After breakfast we packed up and went on a hike to "Little Mountain" (Jeff Busby Campground) and it was a half a mile. At the top we looked around and read ...(the information boards). Then we hiked back down the hill and left. An hour later we met some bicycles and two were going south and one north. We had a break there. An hour later we got to a historic site and had lunch with Loren (the biker traveling north). After lunch we kept biking and saw a dead water moccasin on the road. It's head was smashed but not it's body. It was black with yellow spots. Later we had some oranges at a bridge. Next we got to Bynum Indian Mounds and walked around. Then we got to Witch Dance and camped there. Loren gave us a science lesson on (how) planes (fly).
April 7 Meriwether Lewis Campground - Today I woke up and read some of my book, "Wayside School is Falling Down". Later I got out of the tent and Dad was making egg sandwiches for breakfast. After breakfast we played at the park and then did math. Then we went to the Welcome Center and took a shower. Later we left and we met some bicyclists that were biking the opposite way. Later we stopped at a picnic spot and had a granola bar and built a rock bridge across the creek. After break we biked to a historic site. We had jam and cheese and we waded across the creek. An hour later we got to Meriwether Lewis campground. There was a big monument where Meriwether Lewis was buried.

Markos' journal
April 14 Garrison Creek Picnic Area - Today we had pancakes with butter for breakfast. After breakfast we said good-bye to Carol. Then we took a picture. After that we got on the bikes and we rode out of the campground and went back to the main road.
April 15 Yesterday when we were biking we saw a big black snake that was alive and the big black snake turned out to be a Water Moccasin. Yesterday too, Mom saw something moving on the side of the road. Then it ran across the road and it was a bobcat. We also saw a wild turkey with a blue head. We had a grasshopper stay on the bike the whole day.
April 16 Cousin Keri and Mike's - Today we had eggs and cantaloupe for breakfast. After breakfast we fed the birds and we put some corn on the ground for the turkeys to eat and we put some seeds on the little table for the squirrels and the deer to eat. Then we put some peanuts in a metal cage on the tree for the squirrels to open the top and eat the peanuts.